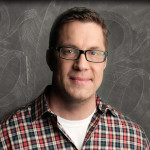 This is not the new list of curse words. In fact, there is not a new list. Those words haven’t changed that much. There may be a few acronyms and derogatory terms that have arisen and might be said by younger and younger kids, but they are not entirely new.

While we should be concerned with THAT list, the following is a list of statements that are consistently being made by kids and teens. Here is the irony. Over the last 10-15 years, churches might actually have succeeded in getting kids and students to stay plugged into their churches well into adulthood. Although this is worth celebrating, we might have shaped their theology to the point that it has little to do with Jesus.

Two of my kids are teens. Another is a preteen. Yet another is in elementary school. These are theological statements that their friends have made in the last year. My kids have many friends who don’t follow Jesus, but these words are from kids who say that they are Christians and go to church regularly.

Or, should I say, be very concerned.

1)    “You should be able to say anything you want to, as long as it doesn’t offend anyone else.”

2)    “People should be able to love anyone that they want to, as long as that person gives them permission.”

3)    “Jesus is the only way to heaven, but God will still probably forgive those that never made the decision to give their hearts to Him.”

4)    “We shouldn’t offend someone by talking about Jesus, unless they ask us to.”

Some of these statements flirt with truth. Some are just wrong. Here’s the truth, as best we can determine, with a little backing from God’s Word.

1)    People will be offended, no matter what you say, when it threatens a belief that they hold dear. Even “forgiveness” is an offensive idea to someone who doesn’t see the need for defining right and wrong. (Galatians 5:11-12) Some say that an inoffensive gospel is no gospel at all.

2)    No one is prohibited from loving anyone else. In fact, no culture in the history of humanity has ever been able to stop people from loving other people. God actually calls us to love one another. Here is what’s implied in this statement. “Anyone should be able to act on their feelings when it doesn’t immediately or directly hurt anyone else.” This gets complicated, but we still need to differentiate between the supreme commitment and sacrifice of agape love with some of the actions that are mistakenly connected with forms of affection. (1 John 4:7-8)

3)    This statement, which is common among Christian kids, contradicts itself. Jesus is the only way to heaven, at least that’s what He said. (John 14:6)

4)    God should prompt us to say what He wants us to say. Though there are inviting, convenient, and comfortable times to share the gospel, they are rare. We need to teach our kids to be lovingly bold with the gospel. (1 Corinthians 1:18)

5)    This one is true, but not in an eternal sense. Though there will be earthly consequences for earthly actions, God’s forgiveness and gift of eternal life is not based on our ability to keep His commands but on whether we’ve received Christ as our Savior. As KidMin leaders, we need to make sure that we focus first on Christ and then on how it is we think He wants us to live out our faith. We could spend our entire life trying to tweak our virtues and never get to know the author of those virtues. Peter even describes the order of these things. Virtues are an addition TO our faith, not a root OF it. (2 Peter 1:5-8)

As secular thinking bleeds into the church, we need to stand firm and lead our kids with strong theology. Much should be made of Jesus.

Jeffrey Reed (@jeffreymreed) serves as a Kids Ministry Specialist for LifeWay Kids. He came to LifeWay with a wide variety of ministry experiences including worship leader, director of children’s ministry, and executive leadership in several growing congregations. He, his wife Katherine, and their four kids live in Spring Hill, Tennessee and serve on the staff of The Church at Spring Hill.