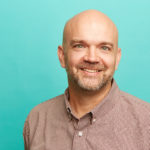 Joshua: How do leaders handle opposition?

Joshua son of Nun and Caleb son of Jephunneh, who were among those who scouted out the land, tore their clothes and said to the entire Israelite community: “The land we passed through and explored is an extremely good land. If the Lord is pleased with us, he will bring us into this land, a land flowing with milk and honey, and give it to us. Only don’t rebel against the Lord, and don’t be afraid of the people of the land, for we will devour them. Their protection has been removed from them, and the Lord is with us. Don’t be afraid of them! ” While the whole community threatened to stone them, the glory of the Lord appeared to all the Israelites at the tent of meeting. Numbers 14:6-10

God was right. The spies saw that the land God had promised to give them after their departure from Egypt was truly as good as He had said. The land offered them plenty of room and an amazing abundance of food and resources.

But it had another abundance too—plenty of strong people living in it who would not give it up without a fight.

That is why ten of the twelve spies told the people it was a lost cause. Trying to enter the land God had promised would result in death—theirs, not the people living in it. But Joshua and Caleb had reached another conclusion. The people in the land were great, but God is greater. If they trusted God, He would provide for them.

How did the people respond to the dissenting opinion of Joshua and Caleb? They wanted to kill them. Talk about opposition!

Joshua and Caleb didn’t waver from their trust in God, despite the brutal nature of their opposition. In the end, they entered the land when the other ten spies, and all of the people who wanted to kill them were dead. Joshua and Caleb saw God’s provision up close and personal.

As ministry leaders, we will face opposition and even though it most likely won’t be life-threatening, sometimes it may feel like it. So how can we handle opposition in a way that honors God and brings Him glory? Here are five lessons about handling opposition:

Next time—John the Baptist: How do leaders handle success?