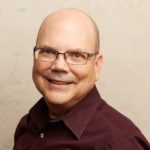 Whether you are a dad (or married to one), you may have been caught up in a search for the perfect dad. You probably have discovered that the perfect dad is a myth. However, many people continue to search and unknowingly find themselves believing in the stereotypical behavior of fathers.

These stereotypes can be as elusive as the perfect dad myth. The perfect dad does not exist, and stereotypes can be paralyzing; but there are some characteristics of fatherhood that all dads should strive to embody. I have observed my sons become dads themselves, and I have proudly watched them care and provide for their newborn children. My prayer is that they will avoid the stress that comes with the following stereotypes and be the dads God has created them to be.

For the sports-minded dad, life centers around playing, watching, and attending sports events. When I was a boy, I tried playing sports, but I lacked the coordination needed to be successful. However, when my sons were younger, I played sports with them. I have taken my boys to professional sporting events, watched them play sports, and even coached them in soccer and basketball. One of my sons played high school varsity soccer, the other plays on a church softball league, and both have coached kids soccer and basketball teams at church. Both watch sports on television and enjoy quoting statistics. I simply sit back and listen. Society tells me that I am not a real man because I lack athletic skills and do not try to influence my children’s sports careers. But I know better.

This is the father who attempts to be all things to all of his children. He tries to be an athlete, sportsman, playmate, tutor, handyman, backyard grill champion, carpenter, and craftsman. For the first few years of fatherhood, I tried to be the do-it-all dad. After all, who does not want to be an involved dad and help his children succeed in everything? In reality, I frustrated myself and my sons. This dad is overprotective and tends to smother his children, rather than giving his children opportunities to succeed on their own and to learn from their mistakes.

This dad is the master hunter and fisherman. I have enjoyed times of hunting and fishing. However, I often feel as if I have failed my sons by not taking them hunting and fishing on a regular basis. But through my own personal experiences, as well as the experiences of other dads, I have come to realize that God often provides for boys who possess a natural desire to fish and hunt. That provision may come through a close friend or a relative. You do not have to be an excellent marksman or angler to be a good dad.

Otherwise known as the “couch potato” dad, this stereotype often is played out on television and in movies. This is the dad who is portrayed by the media as lazy and not as intelligent as his wife and children, who make fun of him either behind his back or to his face. He often is seen sitting in his recliner with a remote control in one hand and a soft drink in the other, oblivious to everything going on around him. I think most dads fight this behavior when they come home from work and want to doze in their favorite chair.

Unfortunately, the disengaged dad often is a true stereotype for many families. This dad does his duty by working 80 hours a week. He rarely attends piano recitals, school plays, and soccer games. He expects the school to educate his child, the church to train his child spiritually, and his wife to manage the household. I like to think of myself as an engaged dad and granddaddy, but there have been times where I put work ahead of my boys. With the advent of smartphones and tablets, the challenge to be both physically and mentally present at home is challenging. Children need to see their dads in the kitchen, and they need to see their dads at recitals and baseball games. More importantly, they need their dads to take them to church and talk with them about spiritual matters. The latest electronic toys for dads will vanish, but the legacy of an egaged dad lasts forever.

Fathers in the Bible

These five stereotypes are not contemporary inventions. A quick biblical survey offers several positive and negative examples of fatherhood. Adam and his wife, Eve, yielded to temptation and introduced sin to the entire world, not to mention to their future children (Genesis 3). Noah was righteous and taught his children to obey God, but he also succumbed to drunken behavior (Genesis 6:8-10; 9:18-27). Isaac showed favoritism to Esau, and Isaac’s son Jacob showed favoritism to his son Joseph (Genesis 25:28; 37:3). Samson’s dad caved under pressure, arranging for Samson to marry a Philistine (Judges 14:1-7,10). David lusted after another man’s wife, committed adultery, and then murdered to cover up his sin (2 Samuel 11).

While some of these dads in the Bible exhibit inappropriate actions, there are some behaviors today’s fathers would do well to emulate. Joseph reared Jesus with Mary, taking Him to the temple and most likely teaching Him a trade (Matthew 13:55; Luke 2:21-24,39-42,51-52). The father in the parable of the prodigal son offers a great example of a loving dad who gave his son options and forgave him even when he made some wrong choices (Luke 15:11-32). Perhaps Jesus even thought about His experiences with Joseph when He told this story about His Heavenly Father’s love.

Although the Bible teaches dads how to be the best dads they can be, the model of the perfect dad is elusive. There is only one perfect Father God. Otherwise, the perfect dad is nonexistent. Rather than feeling guilty when you do not fit society’s stereotypes, pursue the dad God designed you to be. Use the gifts, talents, and natural abilities that He has given you as you teach your child to become all that God desires for him to be. In doing so, you can teach your child to love his perfect Heavenly Father.

Landry Holmes is the Manager of Lifeway Kids Ministry Publishing, Nashville, TN. A graduate of Howard Payne University and Southwestern Baptist Theological Seminary, Landry served on church staffs before coming to Lifeway. He is a church leader, writer, workshop facilitator, and publisher.  Landry  also teaches children at his church in Middle Tennessee. He and his wife Janetta are the parents of two adorable grand babies.