The First Week of Advent: HOPE 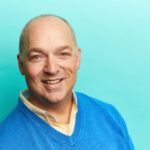 I didn’t grow up celebrating Advent. We certainly prepared both our home and our hearts through the many traditions and celebrations, but we didn’t call it Advent. It wasn’t until later that I came to appreciate the value of this tradition of expectation and have since acknowledged and practiced the disciplines of Advent every December.

As kids ministers, we are now “knee-deep” in one of the busiest seasons of our ministry year. If we’re not leading various Christmas celebrations and traditions, we’re undergirding other ministries in the church with childcare as they celebrate. It is a very busy time and can quickly turn from a season of celebration to a season of stress and resentment. So, each Monday I’m going to share a quick devotional thought that I hope will help you focus on the true meaning and yes, the “reason for the season” as we approach Christmas day.

This week I want to challenge you to consider the Hope that is ours through the birth of Christ.

As a young child, I remember hoping for various gifts. When the Christmas catalogs began to arrive in our mailboxes my brothers and sister and I would take turns circling the items that we hoped we’d get for Christmas. As I got older those gifts became bigger and bigger.

I remember one Christmas when I learned a valuable lesson. I had asked for a particular gift that year and it was a really big gift. It wasn’t anything that could have been wrapped and it wasn’t anything that would have fit under our Christmas tree and to be honest, I wasn’t even sure if my parents were going to be able to pull this gift off … but I had a lot of hope that my special gift would be there on Christmas morning.

On Christmas morning I always woke up really early. Oftentimes I would wake up, check out the loot “santa” had left, play around a little and then go back to bed. My family would get up later and we’d all go to the living room together and enjoy watching each other see the awesome gifts that had appeared during the night. That particular year was not any different except when I got up in the middle of the night my hopes were dashed. That year my large gift was nowhere in sight. I was devastated. I couldn’t believe it. I went back to bed and cried myself to sleep (okay, as I type this I realize what a spoiled brat I was).

Later (at a more respectable time on Christmas morning) my parents came to wake me so we could all go see what had been delivered. I didn’t want to get up. As a matter of fact, I refused. Finally, my dad came in my room and strongly encouraged me to get up and participate in the family traditions. I remember rudely (I’m really feeling bad about how poorly I acted) sharing that there was really no point in me getting up because what I had hoped for wasn’t there.

Most of the time, my dad was quick to remind me of my sinfulness through various acts of correction. But this time he must have seen the teachable moment that I had presented. I remember him saying to me, “sometimes the gifts we’re looking for aren’t always in the places we expect them.”

With his encouragement I got up and looked in our newly finished basement game room and found my gift, exactly what I had asked for, sitting there waiting for me. I was ecstatic.

I really did learn a lot that Christmas. I learned that my parents would do almost anything to see to it that we got what we wanted (even build a new game room to house those ridiculous requests). I learned that sometimes the best gifts don’t come all wrapped up and found under the tree. But I think the most important thing I learned that year is that “sometime the gifts we’re hoping for aren’t always in the places we expect.”

What do you hope for this Christmas? Jesus, THE HOPE, was not found where most were looking. Shepherds and kings would have to trust the star to lead them to The Hope, the King of the universe, delivered in the most humble means. The HOPE of the world was found in a poor manger stall yet that Gift was then, and still is today, the greatest gift you can ever receive.

This season take time to seek hope in the unexpected places. Challenge yourself to find hope as you acknowledge The Hope, Christ Jesus.

Remember this favorite “hope verse” as you reflect today on those things for which you’re hoping. “For I know the plan I have for you, declares the LORD, plans for welfare and not for evil, to give you a future and a hope!” Jeremiah 29:11

Bill Emeott serves as Lead Ministry Specialist for Lifeway Kids. He is a graduate of Mercer University and New Orleans Baptist Theological Seminary. Bill has served in Kids Ministry for almost 30 years and currently teaches 3rd Grade Bible study at his home church in Nashville, TN.