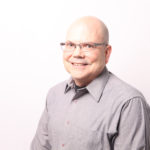 Place two kids in a room, and soon they will be blaming each other for something. I know this both as a teacher and a parent. My two married, adult sons are 28 months apart in age. When they were in elementary school, my younger son would often come to my wife or me whining about his older brother and say, “Get him in trouble!”

While that statement is humorous to us as adults, isn’t that a natural thing to say? Look at Adam and Eve. Adam said, “The woman You gave to be with me—she gave me some fruit from the tree, and I ate.” (Genesis 3:12) The question, “Who’s to blame?” is as old as the fall of man in the Garden of Eden.

The Bible is replete with other examples of imperfect people pointing the finger of blame to others. One such situation is found in 1 Kings 18. After three years of drought, King Ahab asks Elijah, “Is that you, you destroyer of Israel?”

To us, Ahab’s question seems ridiculous. But the king had circumstantial evidence—the drought. After all, who announced the drought? The Bible says, “Now Elijah the Tishbite, from the Gilead settlers, said to Ahab, ‘As the Lord God of Israel lives, I stand before Him, and there will be no dew or rain during these years except by my command!’” (1 Kings 17:1)  So, what is the logical conclusion as to the reason for the drought? That’s correct, the cessation of rain must be Elijah’s fault.

The tangible evidence, however, proves the circumstantial evidence false. According to the writer of I Kings, “Ahab son of Omri became king over Israel … Ahab … did what was evil in the Lord’s sight more than all who were before him . . . he married Jezebel … and then proceeded to serve Baal and worship him.” (1 Kings 16:19-31) King Ahab’s wrong choice to worship Baal resulted in the drought. Therefore, sin is the real reason for Israel’s troubles, not the messenger Elijah.

So, where does that leave us? We often make wrong choices in ministry and in life and then blame others:

Rather than blaming others, we need to recognize that the root of our problems is sin. Sometimes the cause may be either our own sin or the result of living in a fallen, broken world. Additionally we should give our problems to Jesus, who promises, “Come to Me, all of you who are weary and burdened, and I will give you rest. All of you, take up My yoke and learn from Me, because I am gentle and humble in heart, and you will find rest for yourselves. For My yoke is easy and My burden is light.” (Matthew 11:28-30).

The next time you are tempted to blame parents, the church down the street, the kids, or other leaders in the church, remember that the source of difficulties is sin. Then, turn your situation over to Jesus and rest in Him.