Should KidMin Leaders Focus on People or Results? 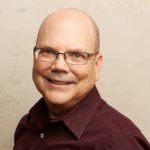 According to Ken Blanchard and Spencer Johnson in their ground-breaking work, The One Minute Manager, “Effective managers manage themselves and the people they work with so that both the organization and the people profit from their presence.” Some leaders seem more interested in results than people, while other leaders focus on people over results. As in most situations, what is needed is balance. Leaders would do well to focus on both people and results.

As ministry-minded people, I think we often err on the side of caring for people rather than focusing on results. However, the Bible teaches that both are important. Look at Moses, for example. When Moses’ father-in-law Jethro came for a visit, he decided to go to the office with Moses to see what his son-in-law did all day. What Jethro observed prompted him to give Moses some management advice.

Moses was trying to take care of the people all by himself, giving the impression that he placed people over results. Jethro said, as only a good father-in-law could, “What you’re doing is not good . . . You will certainly wear out both yourself and these people.” (Exodus 18:17-18) Jethro proceeded to instruct Moses on a better way to do his job, and Jethro predicted that the results would be endurance for Moses as the leader and satisfaction for the people. (See Exodus 18:23.)

In his attempt to put people ahead of results, Moses ultimately put both people and results at risk. Jethro’s solution, on the other hand, provided for the needs of people while achieving a desirable outcome—the resolution of the people’s disputes.

Another biblical example is that of Paul, Barnabas, and John Mark. Paul was ticked that John Mark had abandoned him on the annual church mission trip, so it was one-and-done as far as Paul was concerned. Barnabas, however, wanted to give John Mark a second chance. In His sovereignty, God used Paul and Barnabas’ dispute to spread the gospel, while redeeming John Mark. Again, we see results and people in balance. (See Acts 15:36–41.)

As KidMin leaders we want to strive for that kind of balance. A word of warning though. When we invest in people sometimes they will let us down, just as John Mark disappointed Paul. Furthermore, like Moses, Jethro, Paul, and Barnabas can attest, investing in people takes emotional energy.

No one knew this better than Jesus. Jesus declared that He came “to seek and save the lost.” (Luke 19:10) However, not everyone welcomed Jesus. He was “despised and rejected.” (Isaiah 53:3) Jesus performed miracles for God’s glory and showed people He cared while focusing on His mission to the point of exhaustion.

Jesus’s love for people drove the intended result of redemption. (See John 3:16; 15:13; Romans 5:8.) And, as KidMin leaders, isn’t Jesus’s love for us and others what drives us to serve Him to the glory of God? When we do that, God will use us to accomplish His results.

Landry Holmes is the Manager of Lifeway Kids Ministry Publishing, Nashville, TN. A graduate of Howard Payne University and Southwestern Baptist Theological Seminary, Landry served on church staffs before coming to Lifeway. He is a church leader, writer, workshop facilitator, and publisher.  Landry also teaches children at his church in Middle Tennessee. He and his wife Janetta are the grandparents of three adorable grandbabies.

Don’t Let Your Guard Down: Travel Tips for Your KidMin Journey
Next Post: Celebrating World Down Syndrome Day