I’ve never been popular. In fact, I would probably say that I’m more liked now than I ever was as a child. I had a few friends, but I just wasn’t the most popular kid. I was an easy target. I wasn’t athletic a 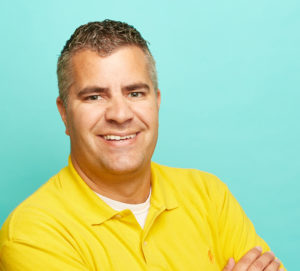 nd I did pretty well in school. I didn’t hit a growth spurt until I was in my late teens. At times, I was bullied. Probably due to certain personality traits, I was able to endure bullying with relative ease.

My situation is not true for everyone. Many kids really struggle with bullying and I totally understand why. Having your peers attack your worth as a human being is demeaning and crippling.

As I have gotten older, I feel like I’ve come to understand bullying from different angles. I can think back to situations where I was clearly bullied, but also I am ashamed to admit I can think of times where I was a bully.

We would love to introduce you to  “Bully or Bullied” by FLYTE. It’s a great resource for helping your preteens understand the impact of bullying in hopes that they will be more able to cope with bullying in the future. Using solid biblical teaching, preteens will learn about people in the Bible who were both bullies and bullied. This resource is available digitally and can be downloaded today!

Jeff Land is Publishing Team Leader for Bible Studies For Life: Kids. He holds a BSW from Mississippi College and a MACE from Southwestern Baptist Theological Seminary. Jeff has served as children’s pastor and currently teaches second graders each week at his church. Jeff, his wife Abbey, and their four sons live in Coopertown, TN.